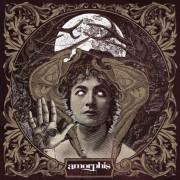 Finnish progressive metal icons Amorphis have released the cover art and track listing for their upcoming release titled Circle.  The album recorded at Petrax Studio in Hollola and 5K Studios in Helsinki, while production and mixing were handled by Peter Tägtgren.  Cover art was done by Tom Bates (Bleed From Within, Devil Sod His Soul) and frontman Tomi Joutsen had this to say about it:

“The mystic, androgynous person on the cover represents a spiritual guide. This character was sent from another time and place to help the album’s protagonist find a new path for his life.”

To see the track list, larger artwork, and statements from the band on the album’s direction click right here.

Circle will be Amorphis’ 11th studio album and the follow up to 2011’s The Beginning of Times. It is set for release April 19, 2013 via Nuclear Blast.

08. Enchanted By The Moon

“The protagonist has been dealt a bad hand at birth. He’s always felt himself an outsider with strong potential to become marginalized. Through an accident, after a crisis, he finds a connection with his inner powers. A guide is sent to him, from some other time and place. He gets a chance to take hold of his own life and change his destiny. From the past of Carelian Finland he finds his own spiritual tribe and the power to turn the course of his doomed life. This is a story of survival.”

Vocalist Joutsen on the title:

“‘Circle’ represents integrity. Back in the days, when there was something special to talk about, wise men used to sit in circle. Not everyone was invited to join them. But in this story, the protagonist was invited among the wise men’s circle.”

“While promoting ‘The Beginning Of Times’, we started to feel that we were giving the same explanations over and over again when people asked about the studio process and how the songs came about. Even though the music was very strong, the making process didn’t offer any surprises and appeared to be quite secured. Now the addition of a new dimension to the developing process has inspired us to focus on our material even more. The songs are extremely strong, bombastic and skull-pummelling.” 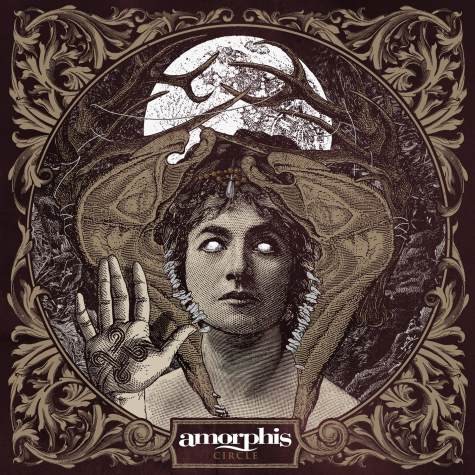