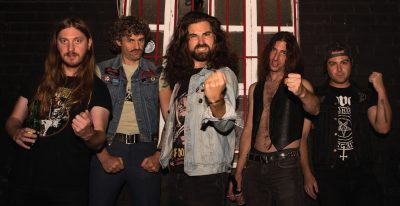 Mace joined in early Summer following a successful show supporting Cirith Ungol and Angel Witch at The Underworld in Camden in May 2018. Since that show the new line-up have been working hard with Mace to finish writing their long-gestating second album. The band are excited about the addition of his powerful pipes and confident about the 12 heavy new songs they are preparing. Mace has lived in London for several years and has fronted tasty Italian metal act Asgard since a teenager 15 years ago. He replaces original singer Jamie Elton who moved to Sweden in 2016. Amulet said farewell to Jamie with a German tour in June 2018.