Anthrax post studio footage with new music, next album due in 2015 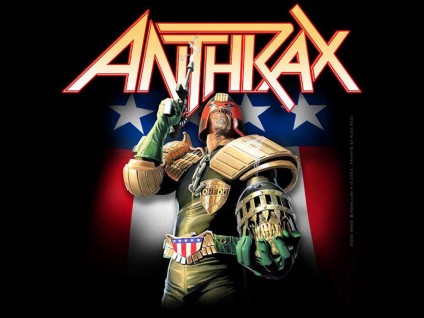 Worship Music was worth the wait, but while it was a big hit for Anthrax, arguably pushing them back behind Metallica as the number 2 most popular classic thrash band currently, there were still some doubters who were biased by the whole Dan Nelson saga. I’m looking forward to the new Anthrax stuff. It’s great to have Joey Belladonna on fire again since his return and now with Jonathan Donais on board I have a feeling it is going to be some of the best stuff in Anthrax’s lengthy career. They just seem really fired up and more genuine in their excitement right now than the other big 4 bands. Plus, Donais (ex-Shadows Fall) was a worthy talent to replace the very pro Rob Caggiano in the band. With 2015 bringing new Armored Saint AND Anthrax releases, anyway you slice it this will be a win for heavy metal!

Click HERE for some in studio footage of new Anthrax!