The new progressive rock band, Arch Matheos (put together from current guistarist Arch and former voaclist Matheos of Fates Warning),  have announced details from the group’s upcoming full-length debut “Sympathetic Resonance”. Cover art for Sympathetic Resonance was fashioned using an image created by light painting photographer Dennis Calvert, who has described light painting as “The ability to see in 4 dimensions, time traveling, and creating fantasy using only what we base all reality on, light.”

Check out the cover, the track listing, and a clip of the first single here.

The band -accompanied by Joey Vera on bass, Bobby Jarzombek on drums, and Frank Aresti on additional lead guitar- began tracking the drums on January 12 and continued to record through March with Jim Matheos producing. Arch / Matheos is pleased to announce Sympathetic Resonance as the title of the debut album, which will be released September 13, 2011 in North America.

The new track, a 5 minute clip of the song “Stained Glass Sky” that clocks in at just less than 14 minutes, can be heard here. 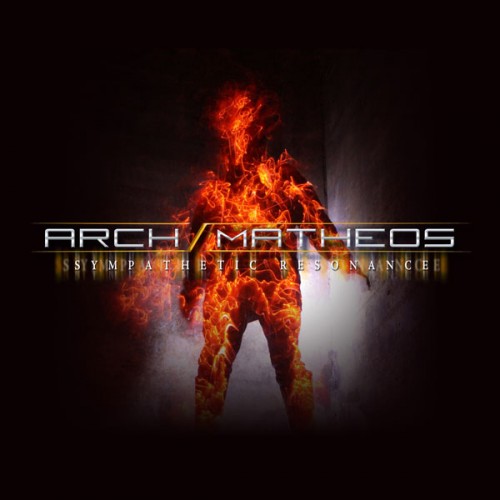 “Sympathetic Resonance” Track Listing:
1. Neurotically Wired
2.Midnight Serenade
3. Stained Glass Sky
4. On the Fence
5. Any Given Day (Strangers Like Me)
6. Incense and Myrrh