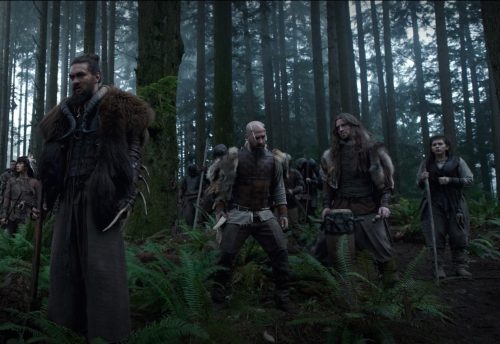 Here is some cool and somewhat different news for your Monday (other than that Richard Spencer is a POS nazi and wbk). Apple TV’s new series “See,” starring Jason Momoa (‘Aquaman,’ ‘Game of Thrones,’ etc.), features a special appearance from ARCHSPIRE vocalist Oli Peters and drummer Spencer Prewett on the pilot episode! Peters showcases his signature gunfire vocals in a scene in which Momoa hand-selected the band to appear. The episode ‘Godflame’ can be seen at THIS LOCATION.

Very glad to see more good stuff happen for one of the coolest bands in metal!

About “See:”
A virus has decimated mankind. Those who survived emerged blind. Jason Momoa stars as the father of twins born centuries later with the mythic ability to see – who must protect his tribe against a threatened queen.

Later this month, ARCHSPIRE will kick off a European headlining tour. The band will be performing in support of 2017’s JUNO-Nominated record, Relentless Mutation. The full itinerary is as follows: