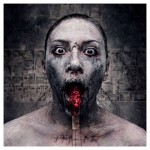 I’ve been a bit mopey this week from the news that both The Chariot AND God Forbid are breaking up, but this news item in my inbox cheered me up considerably. All you rockers, ghouls and ladies of the night with a taste for macabre art and a love of H-E-A-V-Y-M-E-T-A-L need to read this press release!:
“Season of Mist label owner Michael Berberian has launched Graphic Noise, an e-gallery offering rare and exclusive works of art and prints from some of the most influential and groundbreaking visual artists/illustrators in metal today. Among the artists involved with the project from it’s launch are Arik Roper (SLEEP), Zbigniew M. Bielak (WATAIN, GHOST), Valnoir (PESTE-NOIR), and Seth Siro Anton (SEPTICFLESH, MOONSPELL). Graphic Noise recently launched an official website and e-store, which can be found HERE.”

Regarding the new project, Michael Berberian said: “Blame my parents. They are the ones who were dragging me into museums in Florence at the age of 6. And never stopped. Not unlike some parents who forcefed their kids into learning music theory and piano, they “taught” me how to appreciate art. I can walk into a museum and recognize, understand, and talk about art history, to some degree. As an adult, I even started collecting on a small scale. Japanese woodblock printing among others. It’s not unlike any other collecting habit, you analyze, buy, auction, trade from fellow collectors that you meet online or during your travels. So It’s always been a part of me. But it never occurred to me to do the link between my job – label manager, in the metal world, for now almost 15 years, and the art world. Until now.”

“We had a street sale at our office in Philadelphia. We had a booth, so did our friends at Relapse, and John Baizley from Baroness, who was selling his prints. We started talking and exchanging ideas. We ended up trading one of his rare pieces with for a  Hiroshige print that I had. I quickly came to understand something his bookshelf confirmed to me later: he’s part of that musical scene, but also interested in art. But not only that, but his talent could be recognized outside of the metal scene. Not unlike Dave McKean, Alex Ross, or Bill Sienkiewicz from the comics, I believe that many famous music graphic designers and artists have the potential to reach and influence both the art world and pop culture on a greater scale. [There is an] impressive collection of talents acting in the metal scene right now. And their style palette is very, very wide…There are a lot of great graphic artists, but more interestingly their style and medium approaches are very different. Some of them are already recognized and are doing prints on their own and some even have their own store. So why create this website? Simple. That’s the difference between a museum and a one artist exhibition : the overall is greater than the sum of the individual parts.”

The website currently has a collection of 16 different artists, all with their own take on metal imagery, occult art, and mediums. 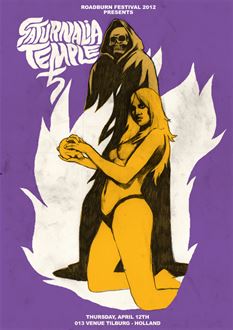