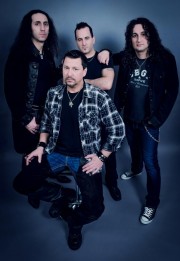 Binational progressive metallers Artlantica have debuted the new single ‘Devout’ ahead of the release of their debut album Across the Seven Seas, which will be released on May 24th in Germany, on May 27th in Europe and in the U.S. and Canada on June 4th.

Guitarist Roger Staffelbach had this to say on the new album:

“… powerful, heavy occasionally majestic, grooving, melodious and timeless. Each instrument has its place, none of them sound too dominant, everything has only one purpose – to serve the song.”

Check out the tracklist for Across the Seven Seas here.