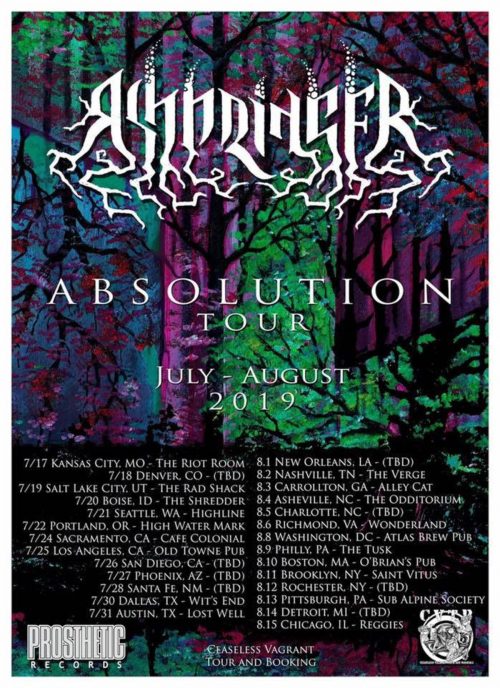 Ashbringer have announced an Absolution tour which is set to kick off in July.

The tour will be in support of the band’s newest album Absolution, due out on June 28, 2019 via Prosthetic Records.

Check out the first song released from the upcoming album “Dreamscape” as well as Ashbringer tour dates here.