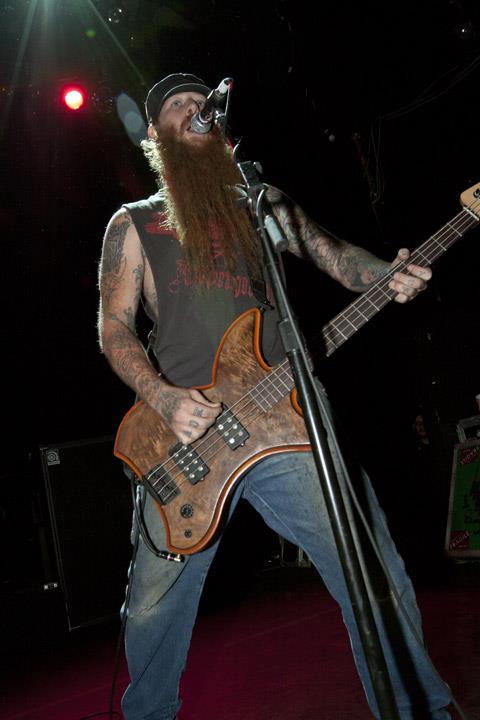 The remaining members of Black Tusk have issued the following statement:

“We would like to extend a heartfelt thank you to the overwhelming amount of support received in the past week. Many of you have been inquiring about Athon’s medical bills and how you can help. As of now, they are covered. However, we would still like you to contribute if you can. Athon was a very giving person, and he thoroughly enjoyed helping others with his endless skill sets. Athon played a very large role in the renovation of fellow bassist and friend Jason Statts’ home after he was paralyzed from a gunshot wound, and he regularly checked in on Jason to listen to music, grill out, or just provide company. Athon and his friend Keith Kozel worked together over the last decade every October to prepare the Jinx bar for their annual Halloween extravaganza. Keith was recently diagnosed with a degenerative kidney disease, and he is in dire need of a transplant. While Athon’s medical expenses have been covered, his girlfriend Emily’s have not. She has undergone surgery and faces a long road to recovery both physically and emotionally. So in the spirit of Jonathan Athon, we ask that you contribute to this fund that will split the proceeds among Emily, Keith, and Jason. Help Athon keep helping people. We have set up a PayPal at AthonFund@gmail.com if you care to donate.