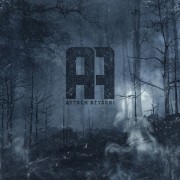 Ohio metalcore act, Attack Attack!, have released a music video for their song “Last Breath” off their lastest album “Attack Attack!.” The video was shot during a performance at this years Vans Warped Tour and was directed by Joey Creel.

“Attack Attack!” was released in July 2011 through Rise Records.