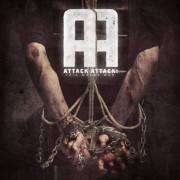 Ohio metalcore act, Attack Attack!, have released a music video for their song “The Wretched” off their upcoming album “This Means War.” This is the first music video made for the new album.

The new album was released January 17th through Rise Records.