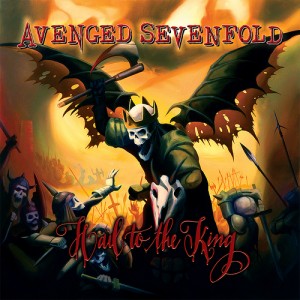 California metalcore outfit Avenged Sevenfold have announced that their sixth studio effort, entitled “Hail to the King,” will be released on August 27th via Warner Bros. That’s the official artwork on the side.

The album was produced by Mike Elizondo, who has worked with the band before as well as artists like Dr. Dre and Fiona Apple.

The band also announced that they’ll be playing a free show at the Hollywood Palladium the day before the album drops. That’s the only concert announced thus far.