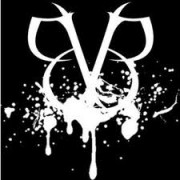 Ever wonder where some bands come up with their band names?  Well, we do, and we’re sick of sitting around scratching our heads about it and we bet a lot of you Metal Rioters are sick of doing the same damn thing. So, we’re pulling our sleuth gear out to bring these heavy metal mysteries into the light and pulling the curtain back to bring you sweet revelation.

“When I was very young – I still am to this day – I was always very obsessed with religion in particular, but Catholicism and the imagery behind it. I myself am not religious, but I’ve always had a great respect for the idea of without faith there’s no hope, so without hope there’s no reason to go on. People need something to believe in. I just decided very early on in my life that I wanted to believe more so in myself, than give my undying something to a deity. That name comes from devotion in the Catholic Church, when a nun becomes a nun, they have a ceremony and she actually marries God and wears a black veil. She basically gives up all the joys of life to devote herself to her calling. To me, I always thought what we do in rock ‘n roll music is the same. There’s a great level of devotion if you want to do this, you have to give your all to it. We see ourselves as that.”