This week’s origin story comes to you from the Pacific Northwest where Agalloch has been creating its unique progressive, avant-garde, black folk metal sound for over a decade. Revelation awaits you here.

Agalloch draws its name from the resinous heartwood of the Agarwood (Aquilaria agallocha). Agarwood or oodh (or just agar) is a dark resinous heartwood that forms in large evergreens native to southeast Asia that develops when the tree becomes infected with a type of rare fungus. The resin embedded wood is valued in many cultures for its distinctive fragrance and is used for forincense, perfumes, and multiple natural alternative and medicinal purposes. Agarwood and its essential oil have great cultural and religious significance in ancient civilizations around the world, even being mentioned throughout one of the world’s oldest written texts – the Sanskrit Vedas from India.

Overharvesting and habitat loss threatens some populations of agarwood-producing species. Concern over the impact of the global demand for agarwood has led to its inclusion in the Convention on International Trade in Endangered Species of Wild Fauna and Flora allowing for international trade controls designed to ensure that harvest and exports are not to the detriment of the survival of the species in the wild.

An appropriate name for a band who musically instills images of natural beauty, melancholy, and ancestral heathenry. 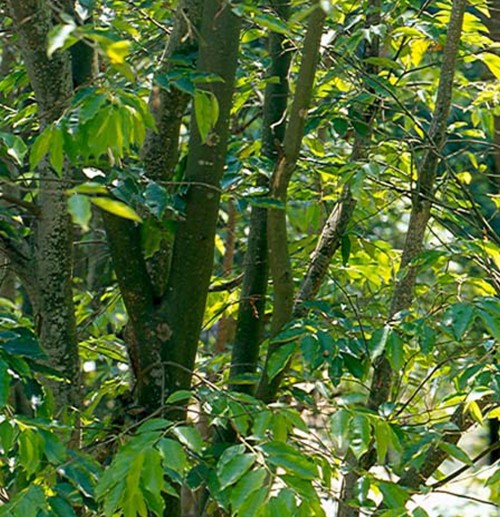