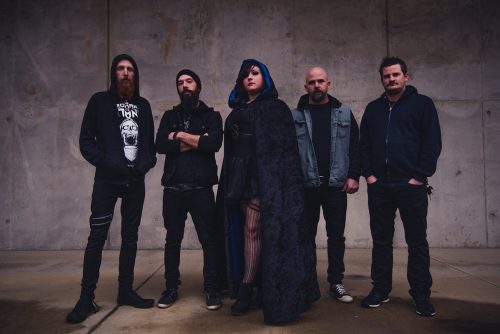 Defy The Tide have been placing themselves in as many circumstances that will spread their music to the masses as they can since forming in 2014. The Pittsburgh, PA melodic metal band has just released a new music video for their current single “Traced In Flames“, a meld of metalcore and classic heavy metal elements paired with the warm voice of Carly Simon-Warneke. She almost sounds like a female version of Devil You Know’s Howard Jones’ famous clean vocals. We ship a duet, please! The cool song comes from their four track EP, Soteria which was produced by John Burke of Vibe Studios and released this past April.

More News On Defy The Tide: