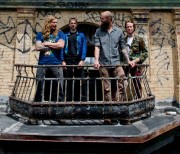 Baroness have released a live video for their bellowed yet catchy as all get out Yellow & Green track “March To The Sea” (not a Pelican cover). The video is live and taken from their sold out return show with Tombs and Pallbearer at Union Transfer in PA. This was the band’s first time electric on stage after their UK bus crash and was a night to remember. I was there and I believe they opened with “Bullhead’s Psalm” and that this song was second or third, but they have comped it with footage of the band taking the stage to chants of “Welcome Back”. Click Here for a recent review of that show I wrote.

This is a passionate video and a glimpse of what it felt like to be there that night. 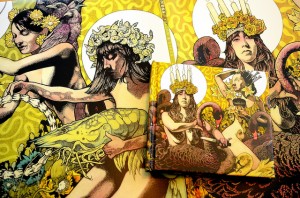