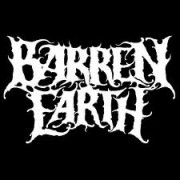 Finland’s progressive death/doom maestros Barren Earth have entered Helsinki’s Sonic Pump Studios to record the follow-up to last year’s highly acclaimed debut album, “Curse of the Red River.” The band has written 12 new songs, and is currently laying them down with engineer/co-producer Jukka Varmo. Dan Swanö (Katatonia/Opeth) will once again be at the mixing helm.

The album is due for release in autumn 2011 on Peaceville Records, and the artwork will be made by Paul Romano (Mastodon, etc.). Studio reports will be updated at Barren Earth’s Facebook page