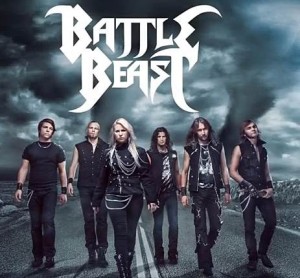 Finland metal outfit Battle Beast are back with their sophomore effort, simply entitled Battle Beast, the follow-up to last year’s Steel. After a lineup change involving new singer Noora Louhimo and European tours supporting Nightwish and Sonata Artica, the band is ready to release the record on May 17 via Nuclear Blast.

If you want more info, bassist Eero Sipilä, keyboardist Janne Björkroth and drummer Pyry Vikki report in from the studio in a funny first album trailer that can be seen here.