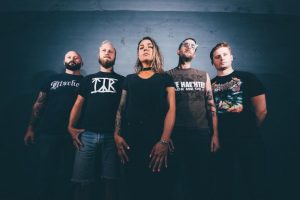 Well the raddest news of the day in Metal Land is that cult melodeth band Light This City are reuniting! The Bay Area band were amazing and their final album Stormchaser showed they went out at the top of their game, but I always felt like that was one band who it was a real shame we never saw more from other than the 2010 farewell shows. We love us some Heartsounds and Wilderness Dream, but Light This City were also soooo awesome.

In September of 2015, Darkest Hour requested that LIGHT THIS CITY play the San Francisco date of their 20th anniversary tour. The band quickly reunited within a few months to rehearse one final set that would celebrate the band’s four-album career. The show was absolutely one for the books, sparking the flame which lead the band to reunite.

Vocalist Laura Nichol states, “Performing and writing with LIGHT THIS CITY has never stopped being fun. Now that I have the perspective from a guitarist/vocalist standpoint, I love to be able to switch it up and engage an audience with the freedom of only my voice, words, and a microphone in my hand. The personality that LIGHT THIS CITY’s music and influences draw out of me is something that I really enjoy exploring and embodying. While Heartsounds feels like an exhilarating challenge every time I step onstage, when I’m in front of an audience with LIGHT THIS CITY, I always feel at home. I don’t know if I could have both of those feelings with one band, but luckily, I have two to round it out!”

Drummer Ben Murray explains, “I think I can speak for all five of us when I say that we couldn’t me more excited to resurrect LIGHT THIS CITY, finish this upcoming fifth album of ours, and get back out there to shred some new and old songs for all ya’ headbangers out there! We are eight tracks into this record and it tops anything we’ve ever released, by far. Thank you for waiting ten years; we’ll see you all soon!”

End Hip End It Music Festival is coming up and features performances from Acid King, L.A. Witch, Doomstress, King Buffalo, Elder and many more! This is in Houston, TX btw but it features a prominent Bay Area band or two so I threw it in this article. This is a Harvey relief benefit and will be going down the weekend of Oct. 21st and 22nd and you can check out info HERE.

Also from the Bay Area, Tank Crimes alumni NECROT  have three one-off headlining shows before joining a month-long-plus live takeover supporting The Black Dahlia Murder on their Nightbringers North American Tour. Set to begin October 5th in Pittsburgh, Pennsylvania, the band will level nearly three dozen venues through November 12 where the tour will draw to a close in Indianapolis, Indiana. Additional support will be provided by Suffocation, Decrepit Birth, Wormwitch, and Exhumed on select shows. See all confirmed dates below. Blood Offerings, their new record, is old school influenced dark glory. 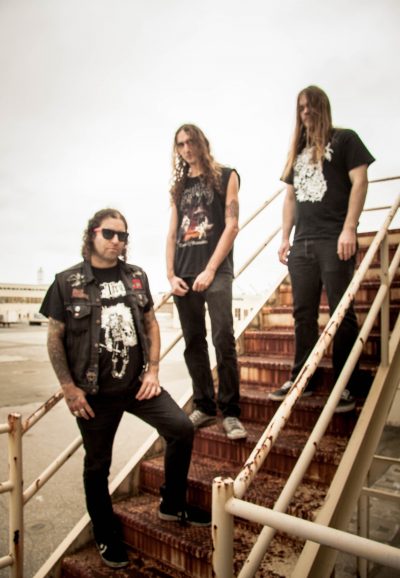