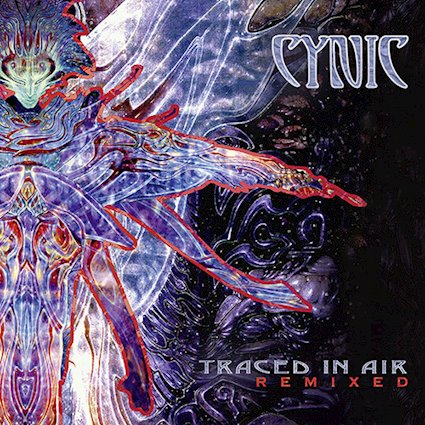 Cynic‘s Traced In Air makes me feel like friggin’ Light Hope from She Ra has appeared in a vision above me and told me the universal deep feels hidden truths of prog metal. It is crazy that it has already been over a decade since the bold album brought the well-heralded band from a fifteen year dormancy and bursting back into the scene with a more melodic yet superbly potent tendencies. Now this week there is an incredible NEW version of the album Traced In Air Remixed for us nerds to lose our collective gushing shit over…and it is a huge blessing! It was an integral birth of a new era for the band and deserves more scrutiny in any form that takes.