Before the Dawn calls it quits 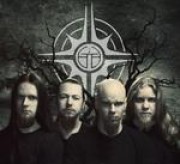 Frontman Tuomas Saukkonen has announced that he will be putting an end to melodic death metal band Before the Dawn, as well as his projects Black Sun Aeon, Dawn of Solace and Routasielu, in order to focus his efforts on his new band Wolfheart.

Click here to read comments by Saukkonen and to see a preview of Wolfheart.

Saukkonen stated:
“I’ve already been thinking about this for a few years. At some point I realized I was keeping the band alive without feeling right anymore. I lost the passion to make music my own way. Now that Before the Dawn is done, it’s logical for me to clean the table completely and start building something from scratch again.” As far as his new goals are concerned, the multi-instrumentalist explains: “From now on I’ll solely focus on my new band called Wolfheart – all my attention and energy shall flow into it. My main intention is to create a band that combines Before the Dawn’s engery with the low-tuned, dark, heavy and epic atmosphere of Black Sun Aeon.”

Further adding:
“Even though a lot of things will change, the music I’ve created will never disappear and I am working on new music at the moment, even though under a different name. I hope to see everybody in Lahti on the farewell show and after that many times at Wolfheart shows. You´re the best!”

More On: Gothic Metal, Break Up, Before the Dawn, Nuclear Blast
share on: