Before The Dawn release part one of tour documentary 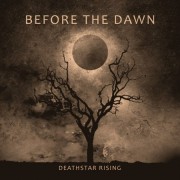 Finish gothic metallers, Before The Dawn, have released the first part of their tour documentary. The video is about the band’s current “Rebirth” tour in support of their current release “Deathstar Rising.”

The band’s current album was released in February 2011 through Nuclear Blast.

More On: Gothic Metal, Video, Before the Dawn, Nuclear Blast
share on: