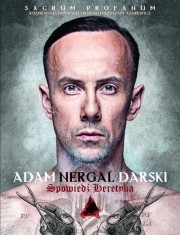 “The feedback to my first trailer is overwhelming. Reactions are mixed and that’s exactly how I like it. It’s one month to the release date … October 17th I’ll set the world on fire!”[youtube]http://www.youtube.com/watch?v=aeeDkj4cpK0[/youtube]