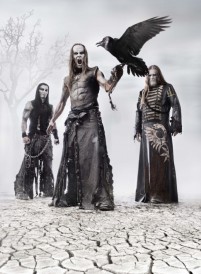 Polish blackened death metal band Behemoth have released a video for the song “Blow Your Trumpets Gabriel.” The song is off of the bands upcoming album The Satanist which will be released on February 3 in the U.K., February 4 in North America and Poland, February 5 in Japan, and February 7th everywhere else via Metal Blade in North America and Nuclear Blast in Europe.

Behemoth frontman Adam “Nergal” Darski commented: “Yes, we took all the time in the world to complete this project. And we did everything that was humanely possible to accurately express our vision. We crossed the Rubicon. ‘Blow Your Trumpets Gabriel’ is an ecstatic manifest of our unrestrained artistic will, where we dare to reach out beyond the limitations of the heavy metal genre. And it’s only the beginning.”