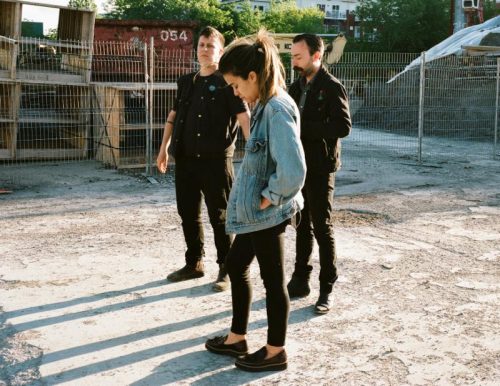 Au De La, released in 2015, was my first exposure to Montreal based dynamic experimental band BIG|BRAVE. It truly blew my mind and I really hope I get to catch them live someday. Simple tags like post-rock and sludge fail miserably at confining or doing justice to the scopious sound of the group,  a massive force fit for the climax or vast overhead landscape shot of any epic film. And yet the band also have a certain dry core that calls to mind some of the paths tread by some of the classic Touch And Go Records bands.

If you want to really experience and digest music and not just have it force fed to you until you think you wanted it, this band is for you.

See a trailer for the new album Ardor below! Super thrilled for this release.

As with their previous release, Ardor was recorded a the Hotel2Tango, this time by Radwan Ghazi Moumneh (of Jerusalem In My Heart). Jessica Moss (Thee Silver Mt Zion Memorial Orchestra), who was a special guest on Au De La, played violin on all of the three new tracks and Thierry Amar (Godspeed You! Black Emperor) played contrabass on two of the tracks.

Look for Ardor to be released on September 15th via Southern Lord. Stand by for additional album and tour news in the weeks ahead.