BIG|BRAVE Shares Video For “Sibling,” The First Single From A Gaze Among Them 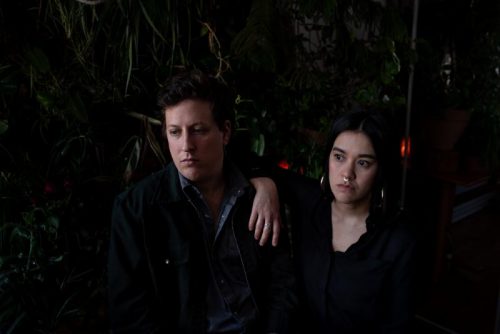 BIG|BRAVE shares a video for “Sibling,” the first full single from their incoming fourth LP, A Gaze Among Them, set for release May 10th through Southern Lord. The label has posted preorders for the record alongside the new single, and the band has announced new tour dates, including US dates with the likes of Primitive Man and Dreadnought. The new “Sibling” video was created by BIG|BRAVE’s Robin Wattie and Mathieu Ball.

A Gaze Among Them features Robin Wattie (vocals, electric guitar, guitar amp, bass amp), Mathieu Ball (electric guitar, guitar amps), and Loel Campbell (drums) with guest appearances from Thierry Amar (Godspeed You! Black Emperor, Thee Silver Mt Zion) on Contrabass and Seth Manchester’s synth overdubs. The album was recorded with Seth Manchester at Machine With Magnets in Pawtucket, Rhode Island. The beautiful image adorning the cover, created by Wattie, further demonstrates how BIG|BRAVE has blossomed. The trio sounds rejuvenated and confident, and A Gaze Among Them is the sound of a band truly honing their craft and feeling totally satisfied with it. Compelling. Necessary. Important.

A Gaze Among Them will see release May 10th via Southern Lord. Find preorders at the label webshop HERE and via Bandcamp HERE.