“Being a huge fan of vinyl records and the amazing sleeve artwork that used to come with them, I really wanted our artwork to be unique. In the spirit of being ‘Reborn In Defiance’, the album cover represents to me an interesting paradox: an embryo, not yet spoiled by the world, but already possessing the heart of a rebel.” 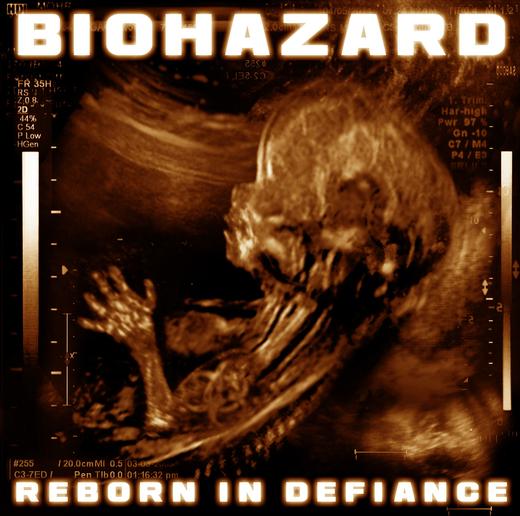