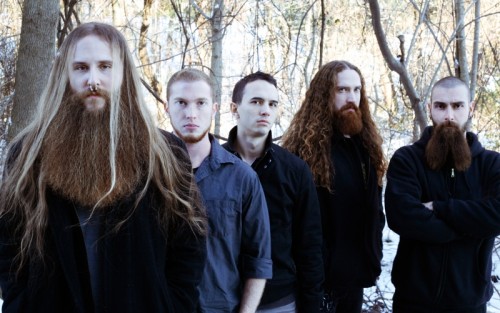 Black Crown Initiate have signed to eOne Music, great news for Metal Rioters who, like me, feel stoked whenever they hear news on this up and coming powerhouse band. plans to release an all new LP later this year. The band got their first big break as the openers for Behemoth.

“eOne is the ideal home for Black Crown Initiate,” says vocalist James Dorton. “This was not without careful consideration; and with them behind us we’ll be able to bring our music to you in the best way.”

Black Crown Initiate, or commonly referred as BCI, is firmly planted at Atrium Audio, (August Burns Red, Rivers of Nihil) working with producer Carson Slovak on their debut LP. The effort will be the follow up to the critically acclaimed Song of the Crip,pled Bull EP they released last year. The band managed to get the attention and more than a few nods in the press, most notably landing on the “Albums That Will #$@&%*! Your Face Off in 2014” list released by Metal Sucks throughout the year. They touted the EP as a “rare beast that’ll both catch your ear on first listen and keep getting better and better each time.”