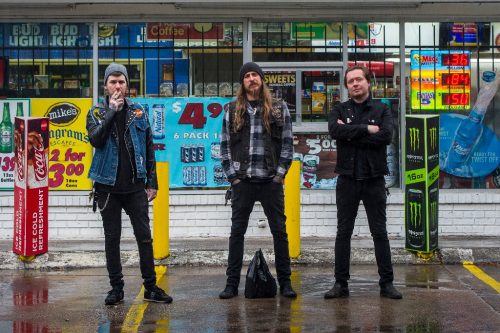 Season Of Mist has backed some bands I deeply love (Alkaloid, Kylesa, Archspire) and others that have proven to be problematic (The Casualties, Shining, Destroyer 666 especially). But I like the people at the label and very much love the good bands they sign, so it makes me stoked to see a very worthy band like Black Tusk get a wider platform through a big label like this.

Yes, that is correct.

Season of Mist are proud to announce the signing of the Savannah, Georgia’s BLACK TUSK. The band will release a new album via Season of Mist worldwide.

Regarding the signing, BLACK TUSK (Andrew Fidler (Guitars, Vocals) James May (Drums, Vocals), Corey Barhorst (Bass, Vocals)) comment: “After more than a decade of pushing through as a band, we have opened a new chapter and are ready and excited for everyone to hear it.”

BLACK TUSK are currently holed up at the Garage Savannah recording their forthcoming new album, the first to feature Barhorst on bass and vocals. The as-yet-untitled album will be produced by the band in conjunction with Aphelion, mixed by engineer and long-time collaborator Chris “Scary” Adams, and mastered by Brad Boatright at Audiosiege (YOB, MUTOID MAN, STRANGER THINGS, SLEEP, CODE ORANGE).

Corey is a very cool dude. I met him briefly once when he was in Kylesa. Can’t think of a better person to keep the band’s legacy going and he certainly has held it down with them filling Athon’s big shoes live. Here is hoping the band have many more years of growth and popularity. They are truly one of the best groups out there in the heavy scene. Hails.