Quick, honest, and straight to the point. I recently spent a few minutes with the men of A Shattered Hope, in a parking lot…with a cop car, firetruck, ambulance, and CSI van as the backdrop to our location– all a part of the band’s “Middle Fingers, Blood, and Beer”  motto for their live shows. Good times all around.

In this very brief interview, the band and I discussed the possibility of new material, how the band might be changing their style up in the future, and how their recent busy schedule has turned out for them.

Check out the band’s answers here.

Your guys’ last release was See You at The Grammys – are you releasing anything new soon?

We’re in the process of writing, and still kind of working with See You at The Grammy’s, playing as many shows as possible, we’re pushing this one really hard. We recently filmed a music video for “Champion City” off of this album, so that will be out soon.  We have done a little bit of writing in between though.

Are you guys looking to do anything different from your last album with the new one?

We’re probably just going to make it a little more shittier sounding (says jokingly). Just dirtier and more rock sounding, something you can circle pit to all the time. 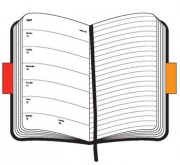 You guys have been playing more shows recently, how have they been going?

For the fans who have never seen you live before, what can they expect from your live show?

(note** there was actually cops in the background and an entire CSI Van, totally gnarly)

Most memorable on stage moment?

Tyler: This motherfucker (points to Nic) hit me with his bass

Nic: I was swinging my bass around… he was on the ground, and he shouldn’t have been there…and yeah, I busted his head open.

Tyler: He just hit me in the side of the head, I blacked out a little bit, for like .5 seconds, I was rocked, then I just stood up and there was blood everywhere—coming out of the side of my head.

Nic: Oh, I threw up on stage one time in New Mexico a really long time ago…that was fun. 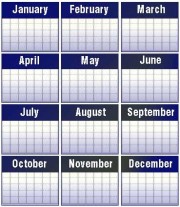 What are you guys looking forward to in the next few months?

Shows, releasing the music video, hopefully playing a big show coming up really soon, and hopefully doing another interview with you guys! 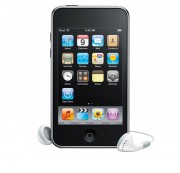 Guilty Pleasure on your iPod?

Nic: I’m not ashamed of it, but I love Garth Brooks and Elton John.

Marc: I actually have an LMFAO song on my iPod….

Everyone: No, that’s like everything we stand against. (laughing)

Tyler: I don’t really have anything….

Nic: You have Jason Mraz

Nic: You look like you’re at a Jason Mraz concert right now, like a hardcore Jimmy Buffet show (jokingly).

I’m honestly excited to see where this band goes in the future, I can’t wait to see how they progress as a band and artists in general. To stay up to date with all things A Shattered Hope, check out their Twitter and Facebook pages.

More News On A Shattered Hope:

More On: xx No Genre xx, Interview, A Shattered Hope,
share on: