Bonded drummer Carlos Regalado comments: “We are ecstatic to be one of the lucky bands this year to be included in the Barge to Hell cruise!  We can’t wait to share the stage with all these legendary bands, and being able to play on such a huge ship while it sails to the Bahamas is just unreal.  See you all on deck!

“We are also excited to announce that in January we are heading overseas to Europe to tour with the legendary Vader!  It’s been a while since we have done a proper European tour and we just can’t wait to get back out there and support The Aftermath live.  We look forward to meeting some new fans and seeing some familiar faces; see you on the road!”

Check out Bonded By Blood live at the following US dates:

Bonded By Blood’s, The Aftermath, was recorded with producer and former Machine Head/Soulfly guitarist Logan Mader (Five Finger Death Punch, DevilDriver, Gojira) and is out now worldwide on CD. 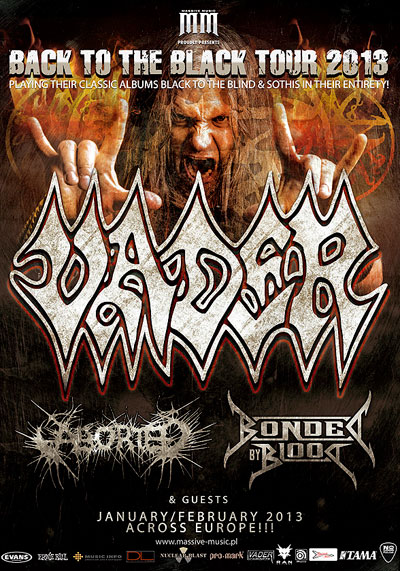