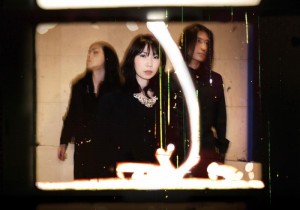 Japanese drone/stoner/experimental veterans BORIS have announced a run of US tour dates this coming April surrounding Gensho, their new collaborative Relapse release with noise legend MERZBOW. The tour will see the band playing eight shows across the American Southwest and West Coast. A full itinerary is available below.

BORIS with MERZBOW’s forthcoming collaboration is due out March 18th via Relapse Records. Named after the Japanese word for “phenomenon,” Gensho is a unique release featuring over one-hundred-fiifty minutes of new music spread across two CDs and four LPs (available as two separate 2XLP sets or a deluxe 4xLP edition). The BORIS songs are percussion-less reinventions of classic tracks from the band’s storied catalog, while MERZBOW’s songs are entirely new compositions.

You can now stream BORIS’s “Heavy Rain” alongside MERZBOW’s “Goloka Pt. 2” via Rolling Stone at THIS LOCATION.

Digital preorders can be found at Bandcamp HERE.