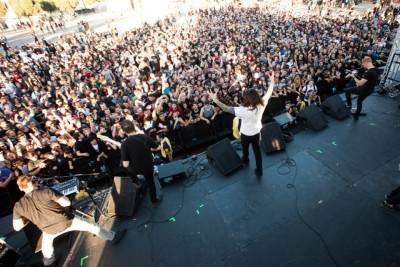 Born Of Osiris were not only good when The New Reign was released. Only a moron would think that. A Higher Place is hella (yeah, I said it) underrated and this band is better than half the fans in their scene can comprehend with their limited musical tastes. The band have shown consistent drive to create meaningful music, regardless of any behind the scenes stuff or trends. A mid 2015 Sumerian release is expected for the next record, though no further details are available at this time. Hoping it will combine the heavier synth presence of TWDA with earlier heavy elements.  The band have been working new material for a few years now and I have a good gut feeling that they are due for making the statement fans/believers in this band have known they can achieve. Here’s hoping, dudes.