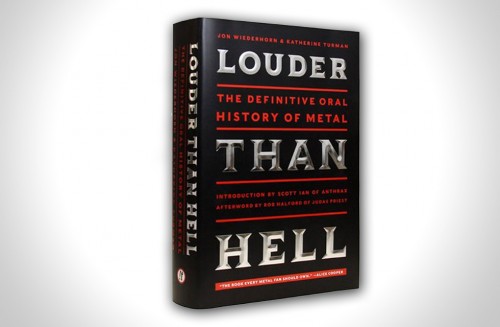 New York City’s Lower East Side was clamoring with metal aficionados Wednesday in celebration of Louder Then Hell: The Definitive Oral History of Heavy Metal. This eponymous tome chronicles the life of metal music and is told by the bands who lived it. It’s scribes, Jon Wiederhorn and Katherine Turman, have compiled and collected excerpts from the 300 plus interviews they have conducted over the past 25 years. You really need to buy this book. 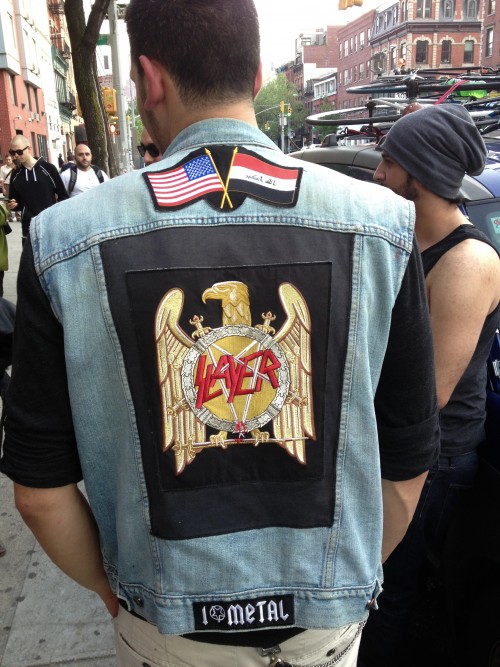 What happens when you have a drunken blithering idiot sauntering dangerously close to a row of motorcycles? The sweet inevitable. Which I missed. In a non-surprising manner, the afore mentioned idiot plows into the bikes and then gets a hammer-fist smashed face from its owner. Metal as fuck. What a great start. Too bad I was watching burlesque show inside Bowery Electric, performed by a slinky little blonde and a nuclear blast of a ginger.

Amidst the show on the stage, the authors were in good spirits, toasting with the attendees as they worked the room. They provided some most excellent black and red cake pops, which were to be my dinner. Joe and Katherine took the stage so read some excerpts, from pages 69 and 666 no less, and to offer up some sweet Marshall headphones to some metal trivia. 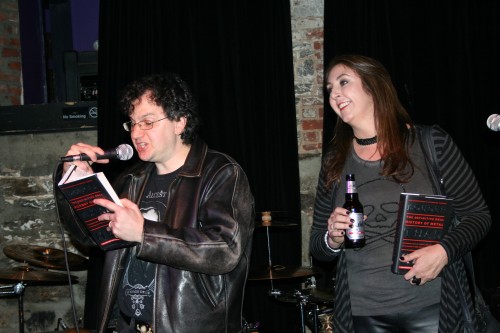 The sincere humility and thanks found in the words of the authors was met with overwhelming applause and many  sets of horns in the air, as they introduced Acrassicauda to the stage. This five-peice metal band hails from Baghdad, Iraq. These guys absolutely killed it. Great stage presence and barrier-breaking energy. I hope to see them again. I also met two brothers from Brazil in a band called Unconscious Disturbance. They’re kind of djazzy-prog with a hardcore vocal. It’s an interesting listen. 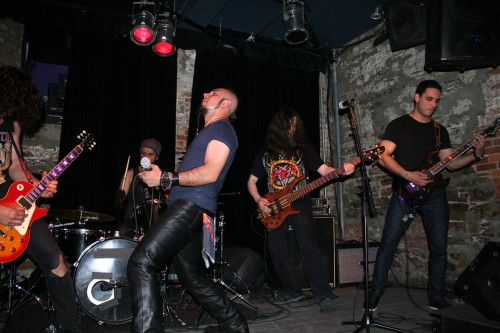 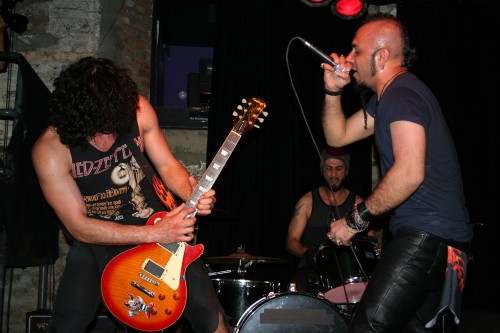 Jon Wiederhorn is a Senior Writer for Revolver and Katherine Turman is the producer for Alice Cooper’s radio show, Nights with Alice Cooper. Louder Than Hell is available now. 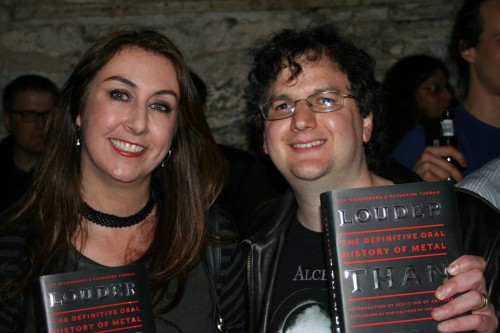