Brothers Of The Sonic Cloth to release album next month 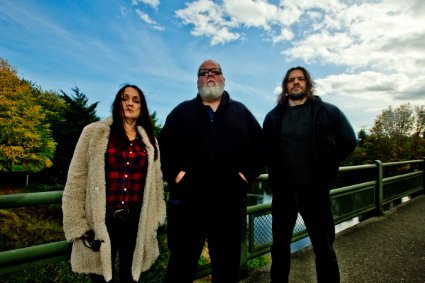 Tad Doyle is a hero of mine. Just the other morning when I heard my girlfriend’s daughter liked Ross Lynch from boy band R5, I told her that my favorite boy band was this old grunge band Tad and showed her the picture of Doyle in his patented LOSER shirt. Anyway, today I am working on keeping PMA and also found out my old land lord and friend, a drum teacher, passed away. It is a heavy hearted winter day, even if I am recuperating from a rad High On Fire/Mountain Of Wizard show last night. But let’s keep focused on music. I first learned of Brothers Of The Sonic Cloth through my friend Jay Andersen of the band Flourish ( a great post hardcore band). It was a few years ago when Jay was recording my old band Antidote 8’s EP True Form. It was a great day because we’d gotten vocal tracks mixed from Rebecca Vernon from the band SubRosa for our collaboration song “Settle Down”. Jay and I had been just prior discussing Sub Pop 300 and Jay asked if I knew Tad Doyle had a doom band now.

Now a few years later BoTSC are about to release a record via Neurot!

Says Doyle of the band’s creation: “After almost fifteen years without putting out a record, much time was spent woodshedding, riffing and writing new material. BROTHERS OF THE SONIC CLOTH was originally a recording-only project and creative outlet for me playing all instruments on early unreleased demos but I quickly realized that I wanted the music to be played live so I would have to enlist other like-minded players. Peggy was an obvious choice with her enthusiasm and energy that made her an asset right from the start of integrating the band with other musicians. Dave French was a guy we both related to on a musical and deep spiritual level. We had played shows together with our respective bands, Peggy and I in BROTHERS OF THE SONIC CLOTH and Dave who played bass in his band The Anunnaki. Dave completed the circle when he offered to play drums and his joining was this last piece that solidified the band. We are very honored and excited to have this release on Neurot Recordings whom with their legacy goes a fierce integrity that we are proud to be a part of.”

Brothers Of The Sonic Cloth will be released February 17th, 2015 via Neurot Recordings with further album clips to be released in the weeks to come.