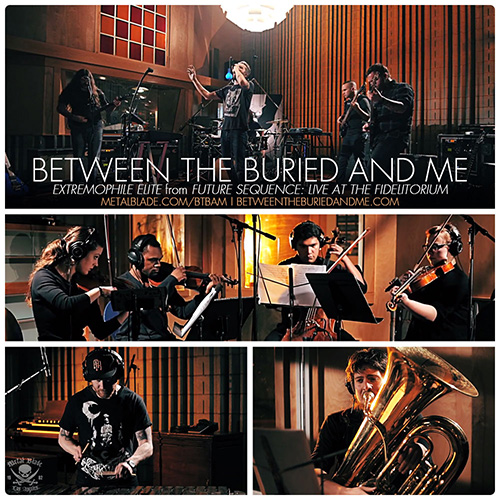 Between the Buried and Me is set to launch their first ever blu-ray release next week via Metal Blade Records worldwide. The video (also available on DVD) features interviews with each band member and a live recording of “The Parallax II: Future Sequence” performed in its entirety. Additionally, both the DVD and blu-ray versions include an audio CD of the performance. To whet the appetite of fans who may be wondering just how the in studio performance with guest musicians looks, “Extremophile Elite” has been released in its entirety HERE.