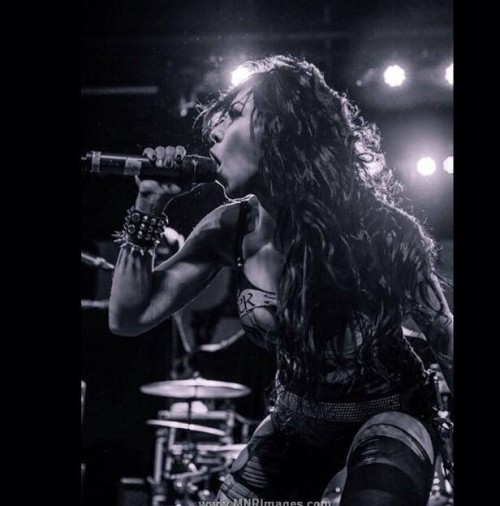 Co-vocalist for the Los Angeles femme-powered metal band Butcher Babies‘ Carla Harvey has recently dropped a new book, which was her first foray into novel-writing.

The novel entitled Death and Other Dances is a semi-autobiographical work that tells the story of Autumn Franklin. Autumn is an awkward, biracial Detroit native.

Harvey has released two excerpts from the novel. Here is a small clip from chapter seven:

“I was seven years old when I’d first decided I wanted to be a stripper. Pre-separation, my parents had left us with our Aunty Denise for a week while they vacationed in Las Vegas. When they came back, they brought with them a Barbie doll-sized showgirl for me, mounted on a platform. She was dressed in a black sequined unitard with black feathers artfully positioned in her perfectly-coiffed blonde hair. Her lips were pouty, her eyelids painted electric blue. I fell in love with her immediately. Many hours were spent studying the doll; her shiny plastic limbs, lumps of breasts, flawless face stuck in a coquettish expression. She represented everything that I wanted to be and was not: A beauty queen as well as a tiny temptress on a pedestal. I was just a chubby, buck-toothed kid that got in the way of my parents’ burgeoning arguments.”

You can read all of chapter seven via Loudwire and another excerpt from Revolver.

You can also check out Butcher Babies tour dates here.