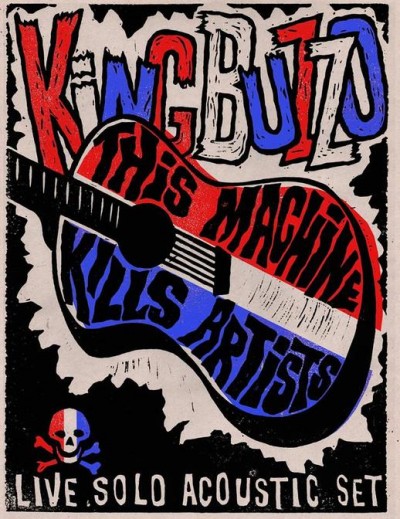 Buzz Osborne, songwriter, guitar player and vocalist for the Melvins, performs his first solo, acoustic shows in his thirty plus year career this February and March.

The thirteen dates include an Austin performance at the Record Label Rummage Sale on Mar. 13 as well as a free Scion AV Rock Show on Feb. 25 in Los Angeles.

“I’m looking forward to taking this show on the road!” Osborne added, “Solo acoustic is something I’d never thought I’d be doing. Maybe that’s why this will work!”

In conjunction with the March dates, a commemorative 10” titled This Machine Kills Artists will be released via Amphetamine Reptile Records. The question begs, what is he going to play?