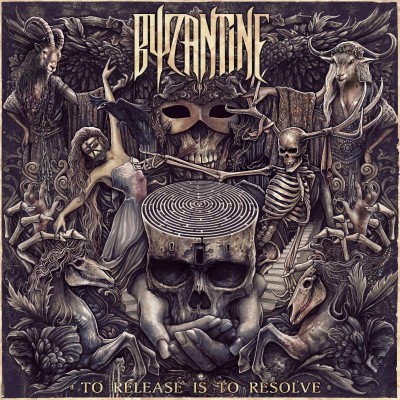 Byzantine is prepared to unleash its new album, but getting to this point wasnt without a cost for West Virginias progressive thrash titans. Since coming back with our self-titled album, I went through a personal split and lost two very important band members, discloses Byzantine front-man Chris OJ Ojeda. Its taught me that once in a while, though, you have to lose something to actually gain something. Byzantine reaches this resolution with To Release Is To Resolve, to be released on April 7 via CEN/RED Distribution.

To Release Is To Resolve finds Byzantines ferocious brand of monstrous, groove metal taken to new heights. This can be unmistakably heard on the albums first single, “A Curious Lot”, which received its world premiere atMetal Sucks. “A Curious Lot” is available via all digital platforms but can be streamed now below.