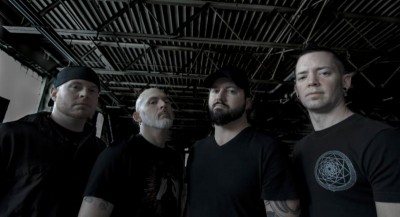 Beloved groove thrashers Byzantine are set to prove the To Release Is To Resolve comeback album was no fluke. An as yet untitled record is due very soon from Metal Blade! This is huge and well deserved for such a seasoned a

Front-man, Chris “OJ” Ojeda had this to say about the band’s recent signing: “For the last few albums, we have operated outside the fringes of the music community by necessity. I had almost lost hope that we would ever have the chance to showcase our music to the world on a bigger stage. With the help of Brian Slagel and Metal Blade Records, we feel like Byzantine has been given a 2nd chance to make our 1st impression. We are absolutely thrilled at the opportunity to share our brand of heavy music with the world on the world’s best metal label!”

In regards to Byzantine signing to Metal Blade Records, Jose Mangin (SiriusXM Liquid Metal) comments: “As the most massive supporter ofByzantine‘s music since day one, we’ve known a secret that the rest of the world will NOW finally be able to realize, thanks to Metal Blade! The strength, raw talent, and absolute ease at which these West Virginians shred is a thing to experience, and it’s just a matter of time before they rise the ranks to become one of Metal’s elite!”