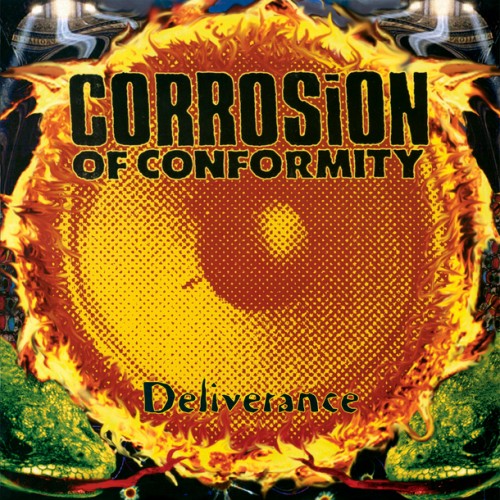 Prosthetic Records has plans to help keep the fire lit brightly for Corrosion Of Conformity fans. Two-count ’em-two vinyl reissues of classic jammers from the stoner rock crossover veteran squad. Two seminal albums by metal pioneers Corrosion of Conformity (C.O.C.) — the 1991 landmark “Blind” and its acclaimed 1994 follow-up “Deliverance” — will be reissued on vinyl by Prosthetic Records this fall. While an exact release date has not yet been confirmed, both titles — limited to 1,000 copies each — are currently available for pre-order in the Prosthetic webshop right HERE. New editions of vintage merch designs from the era are now available as well. 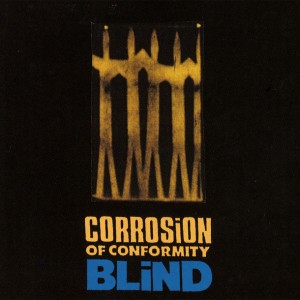 Freshly inducted into Decibel Magazine’s Hall of Fame, Blind — originally released on Relativity Records — signified an important transition for C.O.C., as the group began to move away from their crossover past toward a more streamlined, metallic thrash sound. Hailed by All Music Guide as “one of the most important heavy rock albums of the decade,” the album saw the addition of guitarist Pepper Keenan and yielded two notable singles: “Dance of the Dead” and “Vote With A Bullet.”

Previously unreleased on vinyl in North America, Blind will be reissued as a gatefold double-LP available in three different 180-gram colors: purple (approx. 700 copies), black (approx. 200 copies) and clear (approx. 100 colors). A color lyric insert and liner notes by music journalist Chris Dick will also be included, as will three bonus tracks from the 1995 Columbia Records re-release of the album.

2. Damned For All Time

3. Dance of the Dead

7. Mine Are The Eyes of God

9. Vote With A Bullet

* first time ever appearing on vinyl

Currently celebrating its 20th anniversary, the sludge/stoner metal linchpin Deliverance — the first C.O.C. album to feature Keenan on lead vocals exclusively — was the group’s first record to crack the Billboard Top 200, and it remains their best-selling title to this day. Praised by Kerrang! as a “true ’90s classic,” the 14-track album (originally released by Columbia) includes “Albatross” and “Clean My Wounds,” both of which cracked the Top 20 at U.S. rock radio.

After being out of print for nearly two decades, Deliverance will once again be available on vinyl with a new-and-improved gatefold jacket in three different 180-gram colors: green (approx. 700 copies), black (approx. 200 copies) and red (approx. 100 copies).