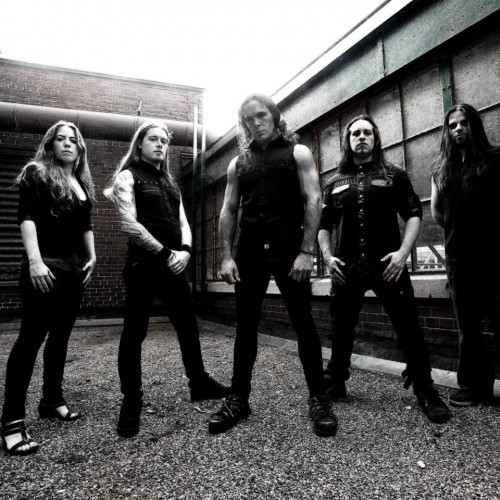 Finally some news from Blackguard, one of the best bands in modern metal and most down to Earth. They have parted ways with Victory Records. The label still has Wretched and Sister Sin, among others, but Blackguard was a great signing. That said, their pending STORM release was taking forever so if this is what it takes to finally hear it, I’m all for it.

Announcement from the band BELOW.

“It’s been almost a full year since our last tour and since then we’ve been keeping fairly silent aside from the odd album update. Things have progressed now to the point where we can let everyone know what’s been going on , where we’re at and what we have planned for the future.

“Anyone familiar with the band over the last few years knows we kept a pretty hectic touring schedule for many years, unfortunately that took its toll on the band physically, mentally and financially.

“After completing the Finntroll/Metsatoll tour we collectively decided to take a year off in order to regroup and refocus. That year is up, things have changed but we’re motivated to move forward and bring you all our best record to date and some touring in the coming year.

“The first and most significant change is that Blackguard has officially parted ways with Victory Records. We’d like to thank them for releasing ‘Firefight’ and their efforts in promoting it.

“We have been independently funding the production of ‘Storm’ over the last year and a half and we’re excited to announce that the album is in its final stages of being completed.

“To help fund the last bit we will be auctioning a few things including one of our stage banners we used from 2008-2013 in the coming weeks. For anyone interested in helping us keep an eye out on our Facebook page for the Ebay links.

“With that being said we are searching for new label home to release ‘Storm’. Any intersted parties can contact us through our facebook page or myself at Paulddi@live.ca.

“With a new album we are planning our return to the stage. More details to come but we already have our first show booked in over a year and we’re all very excited to play live again.

“We’d like to Thank Silver Wings Studios, Rainsong design (album art) for their help and patience in the production of ‘Storm’ and all our fans for sticking with us. More news to come shortly.”