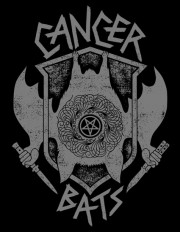 Toronto based punk band, The Cancer Bats are streaming their entire new album Dead Set on Living via their Facebook. The album is set for release on April 24th via Metal Blade Records and is a follow up to their 2010 release Bears, Mayors, Scraps and Bones. You can listen to it here.