The Kings of Brutal Death Metal have just announced that their newest album Torture, dropping this March will offer 12 bone crushing, soul searing tracks. Cannibal Corpse drummer Paul Mazurkiewicz has coined the album as, “the frenzied attack of Butchered At Birth (1991) or Tomb Of The Mutilated (1992).”

With their newest Metal Blade Records release, the band has created the defining Cannibal Corpse record by infusing superior musicianship with the raw intensity that epitomized their earlier releases. Bassist Alex Webster also added that, “We’re extremely happy with how Torture turned out. Erik Rutan did an amazing job with the production, and the songwriting and the performances may be our strongest yet. We can’t wait until our fans get to hear the whole thing!”

The album features cover art by Cannibal Corpse longtime artist, Vincent Locke which you can check out here. Cannibal Corpse’s 12th studio album was produced by Erik Rutan of Hate Eternal at his Mana Recording Studio in St. Petersburg, Florida as well as Sonic Ranch in Tornillo, Texas. 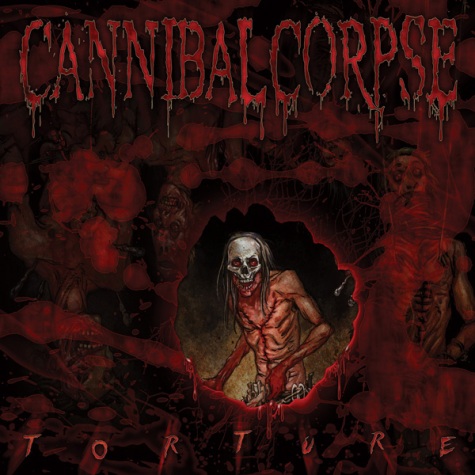