Carcass announce US tour with Obituary, Macabre, Exhumed, and Noisem too! 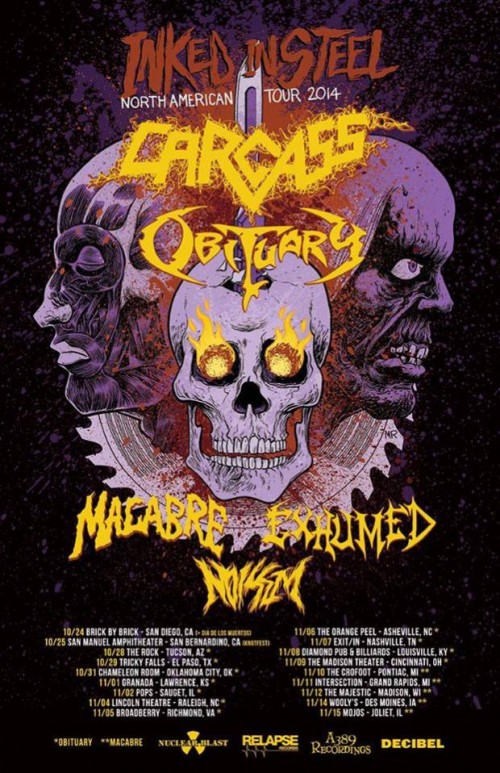 Well this is exciting (if you don’t live where I do anyways).  Pioneering grindcore band Carcass have just announced a three week US tour covering a bunch of the areas that they missed last time around…and they’re bringing Exhumed and Noisem with them!  Obituary will be with them for most of the dates too with Macabre picking up where they leave off.  This is one badass lineup and if you live anywhere near one of these shows you need to go so I can live vicariously through someone.

For a complete list of dates and who’s going to be at each show click right here.

The tour is being called “Inked In Steel 2014” and even though the year is almost over, this looks like it might be one of the best so far.  Carcass released their sixth studio album called Surgical Steel earlier this year to stellar reviews. It was their first release since 1996’s Swansong.  Also, Hopefully Obituary have found the douche/douches who stole their backdrop while they were in Holland or at least have a new one by now.