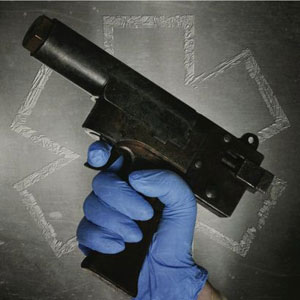 Melodeath legends Carcass have released the single “Captive Bolt Pistol” off of their forthcoming record, Surgical Steel, out Sept 17th in North America via Nuclear Blast. The track has been streaming for a while now, but today it’s officially released on colored vinyl with B-side “Intensive Battery Brooding.” Digital release should be coming pretty soon apparently.

Check out the single here.