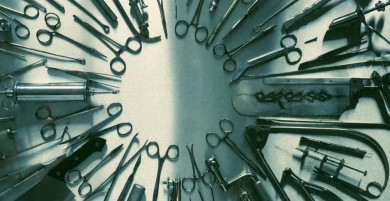 Grindcore pioneers Carcass have released a video for their song “Unfit For Human Consumption.” The song is off of Carcasses’ newest album Surgical Steel which was released earlier this year via Nuclear Blast.

Surgical Steel is the bands sixth studio album and their first release since the 1996 Swansong. Carcass will be begin touring in March supported by The Black Dahlia Murder, Gorguts and Noisem.