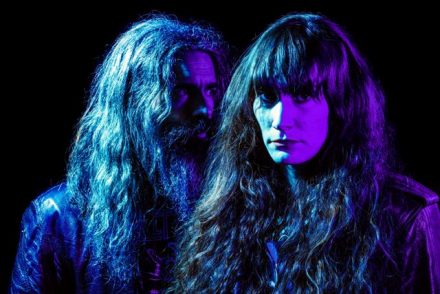 Heavy metal trio with the utmost pizaz, CASTLE have announced the release of their new album, ‘Deal Thy Fate’, via Ripple Music on October 19. Recorded at Hallowed Halls Studio in Portland, OR by longtime producer Billy Anderson (Sleep, Neurosis), ‘Deal Thy Fate’ isCastle’s fifth album and follows 2016’s critically-lauded Welcome To The Graveyard, which was described by Metal Hammer UK as “epic, heroic, tastefully melodic”. Today, Decibelpremieres the new Castle lyric video, “Wait for Dark“, saying, “Castle have an ear for epic heavy metal.” See and hear “Wait for Dark” at this location.

Written over the last year in the band’s current Mojave Desert location of Joshua Tree, CA, Deal Thy Fate’s 9 tracks are woven with tales of folklore, dark Americana, serial killers and cult leaders, while the album’s striking cover art, inked by Patrick Zoller, reflects the title track’s no compromise, choose-your-own destiny rally cry. The striking album art and full track listing can both be viewed below.

Commenting on the writing and recording of Deal Thy Fate, which was rounded out on drums by previous touring member Chase Manhattan, Blackwell adds, “We were able to spend a couple months in a jam room honing these songs and for the first time, record the entire album live in the studio – it definitely shows in its energy and intensity and sounds more like live CASTLE than anything else we’ve ever done.” 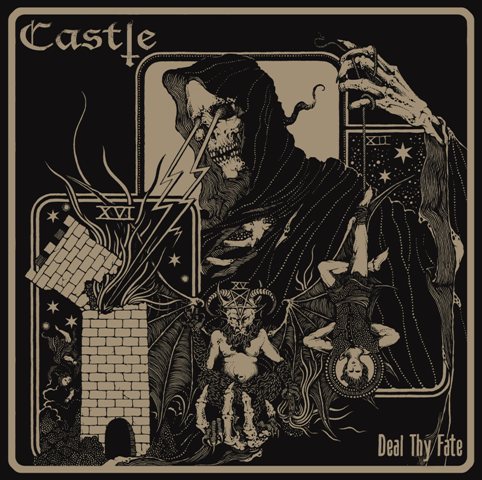 Pre-order Deal Thy Fate direct from the band HERE and via Ripple Music HERE. Each pre-order platform offers different limited editions of the vinyl LP.