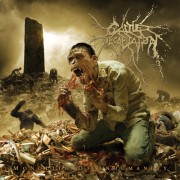 Arguably California’s most extreme metal act Cattle Decapitation have released a song, more details, and the artwork from their upcoming album called Monolith of Inhumanity. This will be the follow up to 2009’s The Harvest Floor and is scheduled for a May 8, 2012 release on Metal Blade.

The first single is called “A Living, Breathing Piece of Defecating Meat” and can be found here along with a statement from Metal Blade and the album art.

It looks like they even collaborated with the artist from the Garbage Pail Kids to create an exclusive card set.  You can check them out here.

[youtube]http://www.youtube.com/watch?v=oWeTeFn0LhM[/youtube]“Monolith of Inhumanity is the band’s fifth studio release on Metal Blade Records, in which once again sees Cattle Decapitation exploring additional techniques in song writing and musical progressions. Not straying away from the frenzied guitar playing, machine gun intensity drumming, bowel movement inducing vocals, and of course self loathing lyrical content, Monolith of Inhumanity will mark the band’s most accomplished record to date. Recruiting some fresh meat in the way of Dave Otero to handle all of the studio duties, the band has accomplished what they have longed to do for an album. Adding Otero to the mix gave Cattle Decapitation the missing component. Artwork is once again being handled by Wes Benscoter. The culmination of Benscoter’s unearthly abilities fused with Travis Ryan’s demented view have once again proven to be memorable and fitting for what the music holds in store for the listener.

Cattle have also collaborated with famed pop culture artist Tom Bunk for a very special art project that will be available from the band’s webstore. Tom is best known for his work for the 1980’s Garbage Pail Kids trading cards, his work with MAD Magazine, and has created an incredible GPK inspired Cattle Decapitation trading card set that must be seen to be believed. Needless to say, the collaboration between the two camps is like Jeffrey Dahmer and John Wayne Gacey being pen pals.” 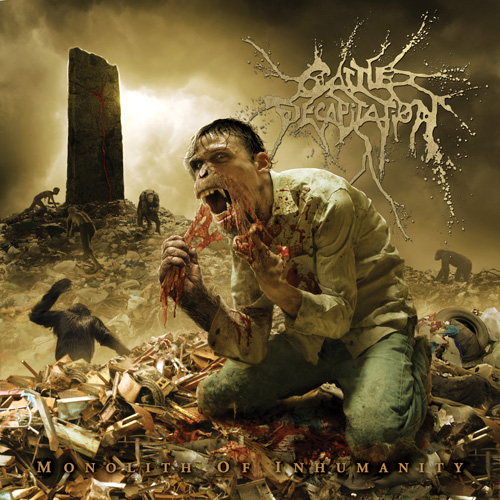