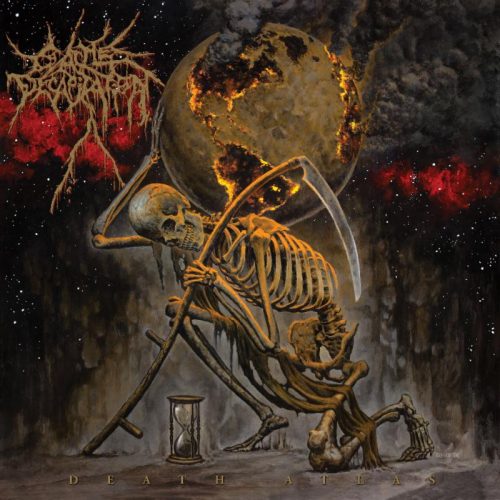 On Black Friday 2019 (November 29th), Cattle Decapitation will release their long-awaited 9th studio album, Death Atlas, via Metal Blade Records. It feels weird to mention Black Friday and consumer capitalism in conjunction with a band who have used their platform more and more to rage against plastic in our oceans and the impending environmental catastrophe, but here we are. Hear the very relatable first single, “One Day Closer to the End of the World” below and also visit: metalblade.com/cattledecapitation – where Death Atlas can also be pre-ordered. The song continues to show the band ever-refining their death metal drive into something unique and in the larger scheme of where they came from initially, pretty monumental.